Positive Control for the amplification of the E gene, ORF1ab and S gene is also included.

The One qPCR Enzyme Mix includes Reverse Transcriptase, Recombinant Ribonuclease Inhibitor in an optimized formulation, also include Bioingentech® Taq DNA polymerase and all reagents for an optimized RT-qPCR. The SARS CoV-2 (E-ORF1ab-S gene) primer and probe mix provided in the kit hybridize in specific and conserved zones of two genes. The first one is E gene which generate an envelope protein which plays a central role in virus morphogenesis and assembly, ORF1ab which generates a replicase polyprotein involved in the virus transcription and replication, on the other hand, S gene generate a Spyke glycoprotein on the virion surface which mediates receptor recognition and membrane fusion. 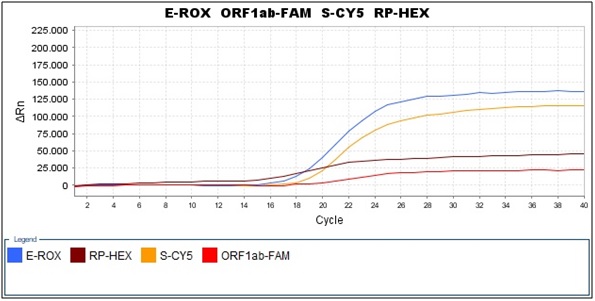 Figure 1: Clinical tests of the One Step qPCR-realtime™ SARS CoV-2 E-ROX and ORF1ab-FAM and S-CY5 genes detection Kit were performed with more than 5000 samples from asymptomatic and symptomatic patients.
Total RNA was isolated followed by a One Step RT-PCR for the detection of the SARS CoV-2 E gene, SARS CoV-2 ORF1ab, SARS CoV-2 S gene and the human RNase P gene.