Positive Control for the amplification of the E gene and ORF1ab gene is also included.

The One qPCR Enzyme Mix includes Reverse Transcriptase, Recombinant Ribonuclease Inhibitor in an optimized formulation, also include Bioingentech® Taq DNA polymerase and all reagents for an optimized RT-qPCR. The SARS CoV-2 (E-ORF1ab gene) primer and probe mix provided in the kit hybridize in specific and conserved zones of two genes.

The first one is E gene which generate an envelope protein which plays a central role in virus morphogenesis and assembly, on the other hand, ORF1ab which generates a replicase polyprotein involved in the virus transcription and replication. These genes can be detected through your real time platform by the 5’ nuclease PCR detection method. During PCR amplification, forward and reverse primers hybridize to the SARS CoV-2 target cDNA generated. Fluorogenic probes are included in the same reaction mixture. E gene is amplified and detected in CY5 channel; ORF1ab gene is amplified and detected in FAM channel. 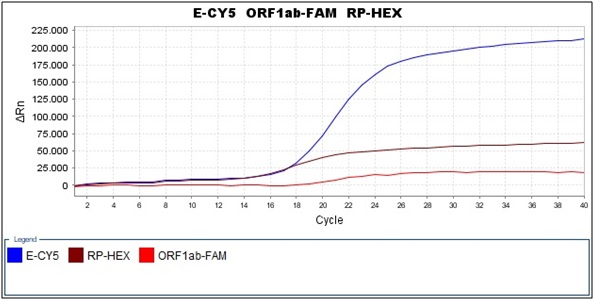 Figure 1: Clinical tests of the One Step qPCR-realtime™ SARS CoV-2 E-CY5 and ORF1ab-FAM Genes detection Kit were performed with more than 5000 samples from asymptomatic and symptomatic patients.
Total RNA was isolated followed by a One Step RT-PCR for the detection of the SARS CoV-2 E gene, SARS CoV-2 ORF1ab gene and the human RNase P gene.