Shiga toxin (Stx) is one of the most potent bacterial toxins known. Stx is found in Shigella dysenteriae 1 and in some serogroups of Escherichia coli (called Stx1 in E. coli). In addition to or instead of Stx1, some E. coli strains produce a second type of Stx, Stx2, that has the same mode of action as Stx/Stx1 but that is antigenically distinct. 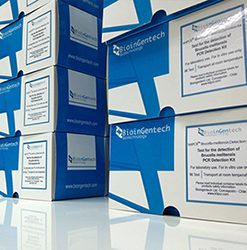